Consistently rated by its peers as the UK’s favourite mobile network operator, Telefonica was nevertheless struggling for broader recognition.

Despite ramping demand for mobile connectivity and security for instance, securing sufficient traction for its business solutions was a particular challenge, as was trying to meet its SMB acquisition targets.

With Twogether's help though, it soon began 'flexing' its B2B muscles.

A high-profile, award-winning telecoms and connectivity titan, Telefonica can boast both the UK’s largest mobile network and its fastest consumer and business broadband network.

The company is also consistently ranked as the country's favourite mobile network operator by its closest competitors.

Historically however, Telefonica has sometimes struggled to replicate those brand perceptions elsewhere, particularly in the business space.

Despite ramping demand for mobile connectivity and security among SMBs for instance, securing real traction for its business solutions had become particularly challenging in that area, as had trying to meet its SMB customer acquisition targets.

Driven, as a result, to re-imagine its SMB offering and audience approach, Telefonica decided to leverage one of its established master brand values – ‘flexibility’ – and make its tariffs, contract lengths, data rollover options, and other key services intrinsically more flexible.

It then needed a campaign that would articulate this and so establish its brand as the smart choice for SMB decision-makers, however.

"Here to help your business flex" would be the consequence. 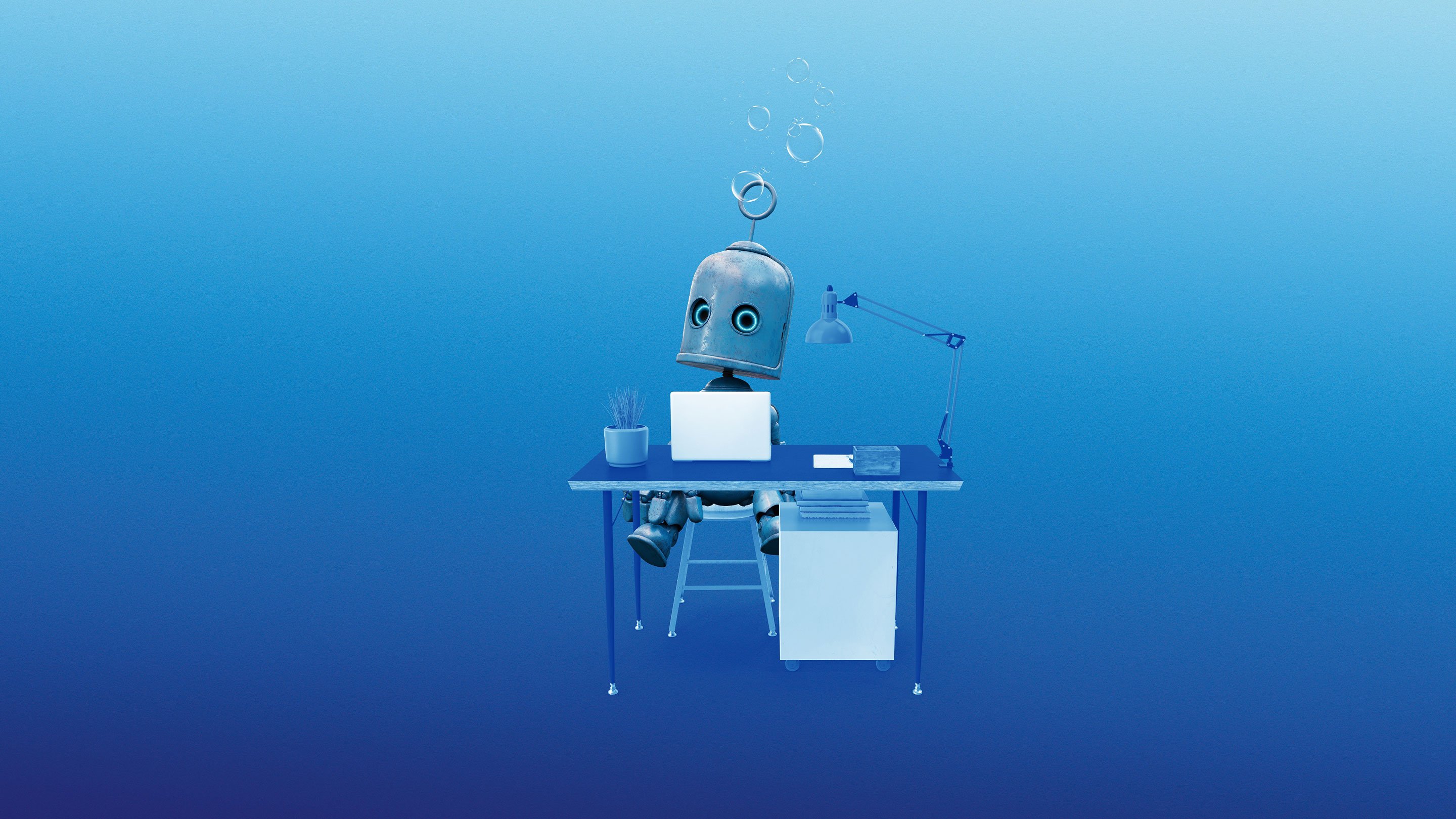 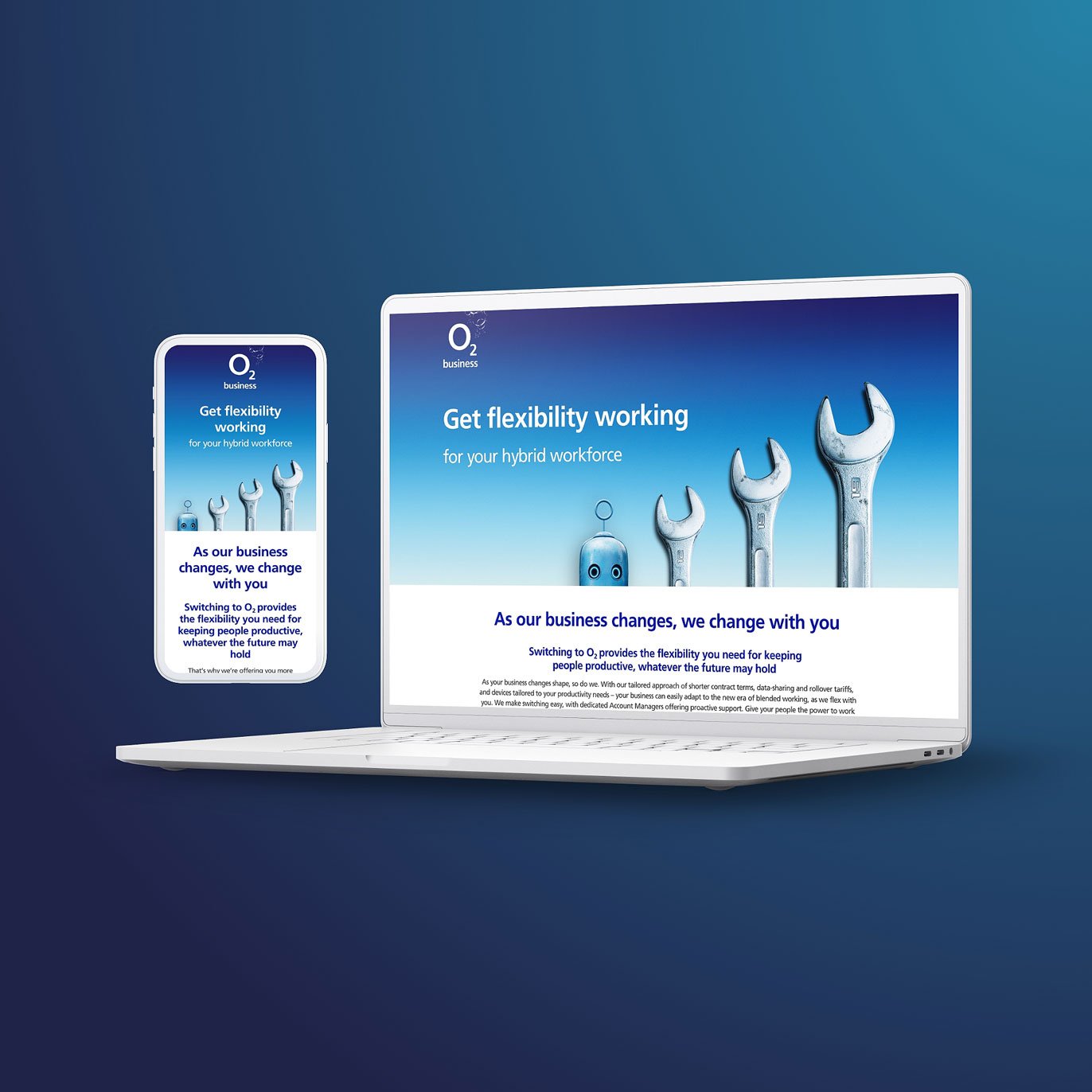 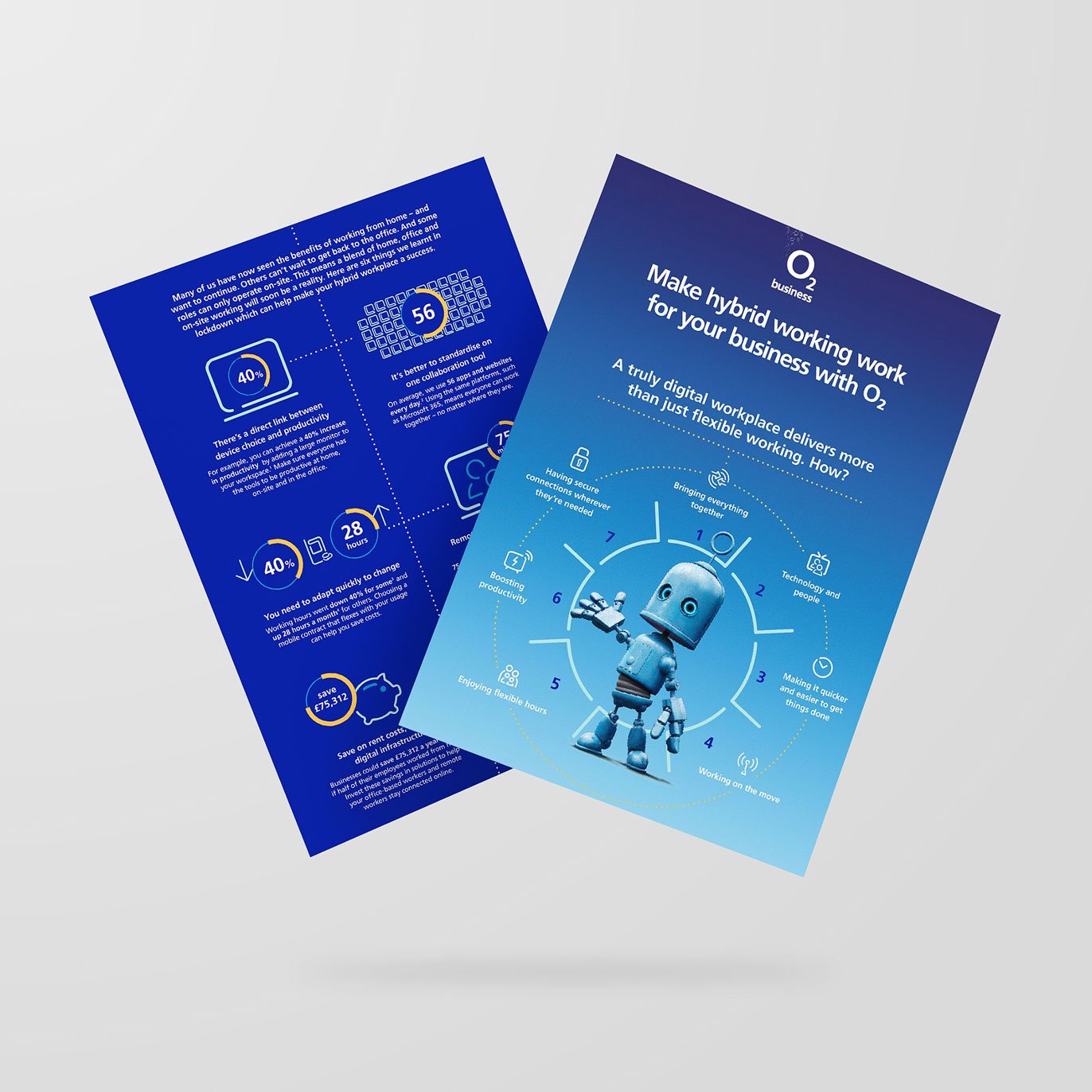 A breath of fresh air

With remote working becoming an ever-more pressing imperative for SMBs everywhere – and with supporting connectivity and security solutions in high demand as a result – Telefonica's 'flex' campaign would need to be clear, compelling, and hassle-free.

It would also need to capture the imaginations of its audience as fast as they were shifting their operational models while providing solid, tangible ROI. 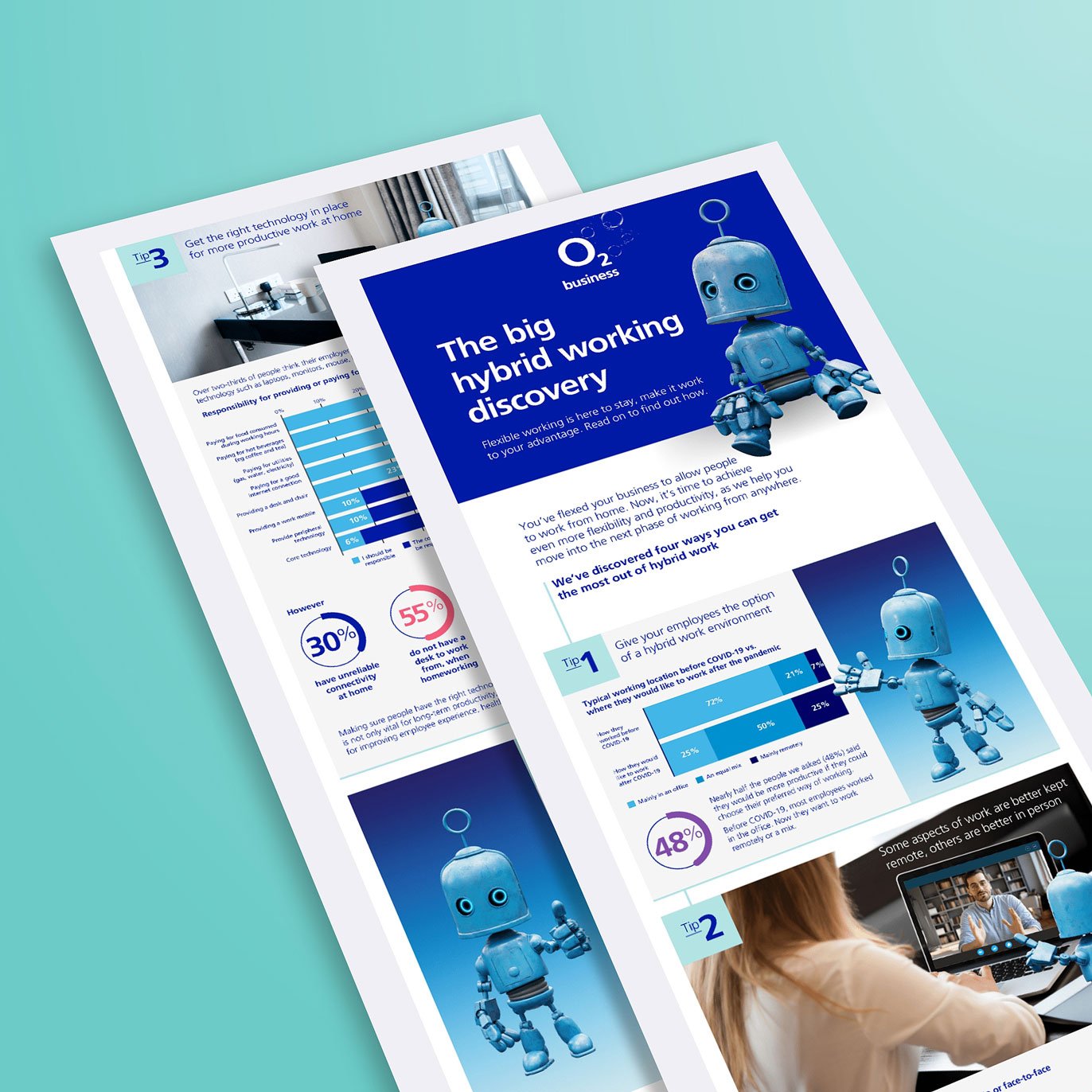 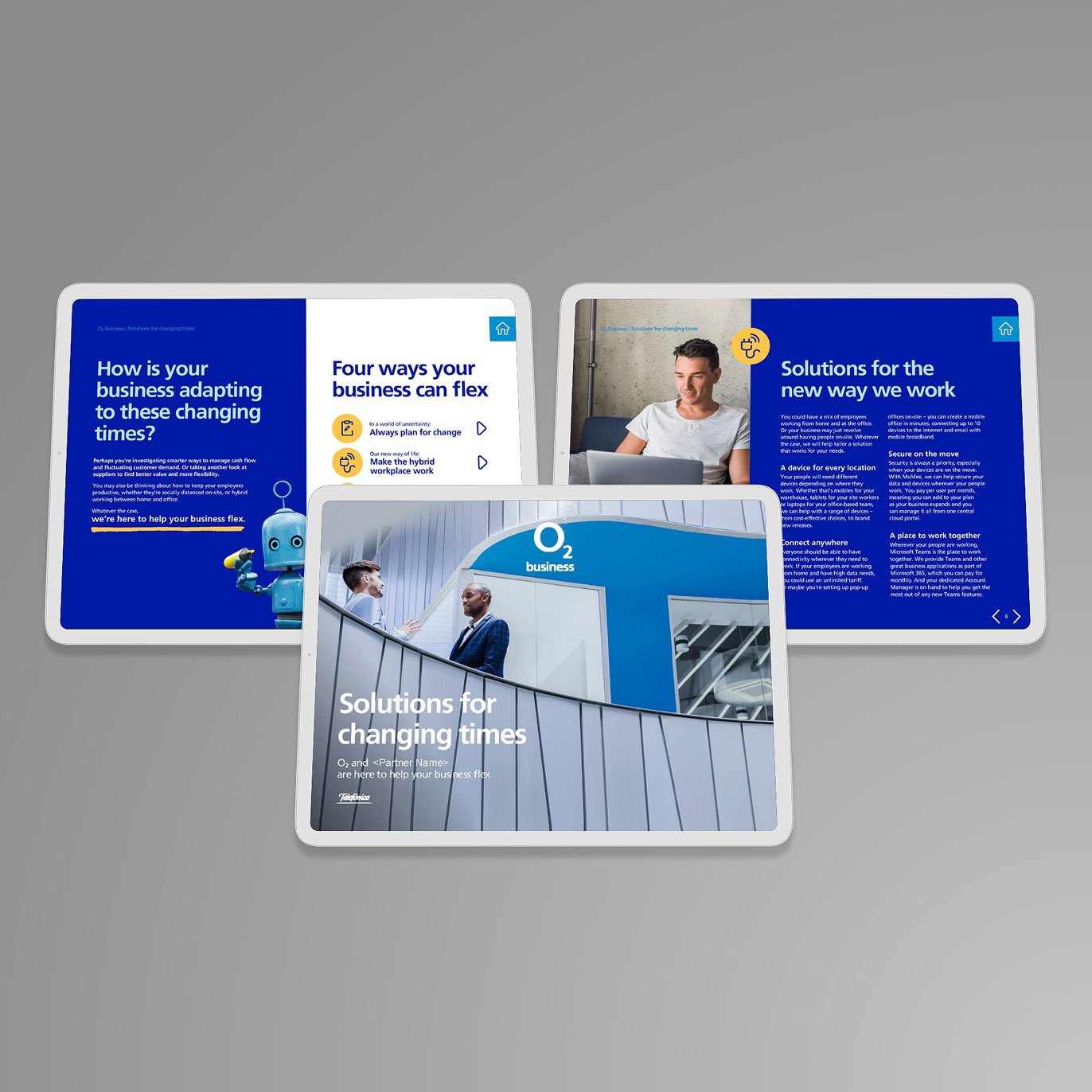 Tasked with delivering against such a proposition, Twogether devised a two-pronged content strategy:

This was supported by a multi-channel digital marketing and media programme comprising:

With real-time data capture critical to maximising conversion rates across the board, a new on-demand automated martech solution was then used to ensure the right messages hit the right channels.

Marking a significant uptick in brand perceptions and trust, and setting an important precedent for Telefonica's use of integrated, multi-channel techniques, "Here to help your business flex" would exceed every one of its target metrics.

- Differentiation by 10 points to 115pts

- Telefonica’s Kantar brand-tracking score for flexibility to 32%, surpassing the 28% target

- Opportunities, surpassing the target of 410 by 33

All this, allied with 23,030 podcast listens helped Telefonica to take its campaign conversion rate to 1:22 – easily outstripping its 1:14 objective.

The campaign has resonated strongest in our medium business which is a testament to the way the campaign layered the message through different channels and with the frequency and reach required to land the messages.

The campaign has driven fantastic leads and opportunities, leaving us over target at the end of 2020 in all metrics.

Best use of
martech for brand building

Best use of
martech for demand generation

Best use of digital techniques
or technologies

When you hear the term ‘Martech’, you probably think about lead generation – and you aren’t alone...